Balloon Toons is back and BIGGER than ever in new double-sized paperback editions!

“Dinosaurs in Space” introduces the ETDs (Extra-Terrestrial Dinos) and explains how they became galactic.

“Crash Landing” brings six ETDs back to present-day earth and shows their bumbling efforts to repair their spaceship. In all these dino-stories, Pranas Naujokaitis brings wit and warmth to this critically acclaimed comics/early reader series.

Two exciting stories from Pranas T. Naujokaitis, featuring tales of bravery and awesome adventures! In “The Totally Awesome Epic Quest of the Brave Boy Knight,” a young boy and his best buddy Butterscotch, a hairy creature who helps him search for hidden treasure, save the city froman angry monster and patrol the kingdom. In “The Radically Awesome Adventures of the Animal Princess,” our heroine would rather tussle with slime monsters than go to some frilly tea party. She bests a three-headed wizard, then gets tricked into doing a craft dragon’s chores.

Two tales of friendship in the great outdoors! In “Rick and Rack,” two animal friends embark on three rollicking (mis)adventures at a campground. In “Pooltime!”, Elephant, Alligator, and Stork share hilarious poolside hijinks as they mix up their towels, tussle over ice cream, and compare diving styles.

Rotten smells, bad advice, and comical creatures: what could be better?

Spend a day in a dubious outer space “medical” practice in “A Day in the Office of Doctor Bugspit.” Dr. Bugspit’s oddball patients, staff, and cases offer the perfect prescription for curing boredom. 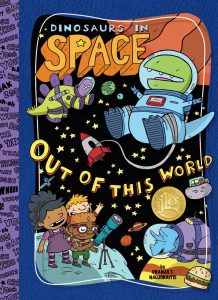 Dinosaurs in Space: Out of this World 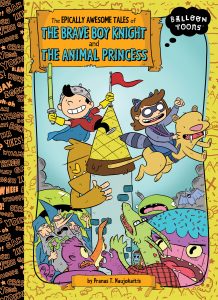 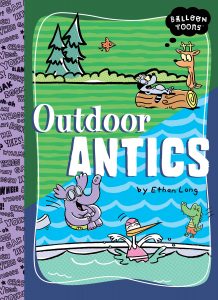 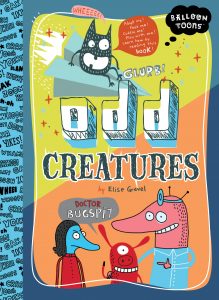