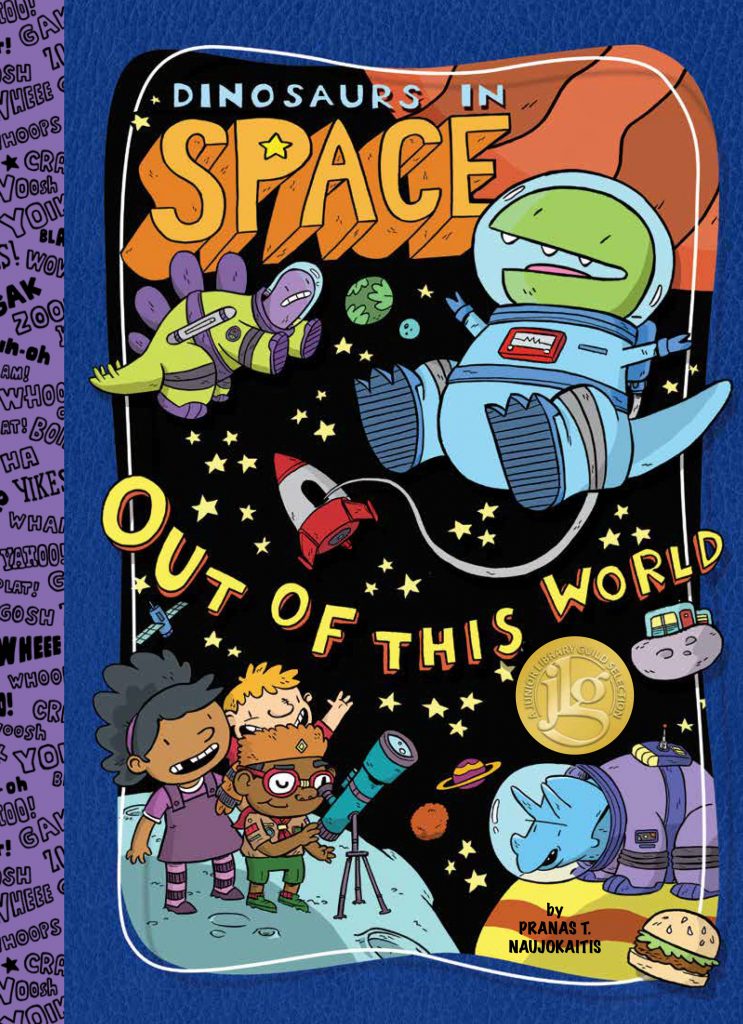 “Dinosaurs in Space” introduces the ETDs (Extra-Terrestrial Dinos) and explains how they became galactic.

“Crash Landing” brings six ETDs back to present-day earth and shows their bumbling efforts to repair their spaceship. In all these dino-stories, Pranas Naujokaitis brings wit and warmth to this critically acclaimed comics/early reader series.

Pranas Naujokaitis grew up in a family whose artistic pursuits included dance, photography, and writing. As a kid, any blank inches of paper that came his way were sure to be covered with doodles and drawings. Pranas has illustrated a number of well-received Balloon Toons titles, as well as Belches, Burps and Farts, Oh My!